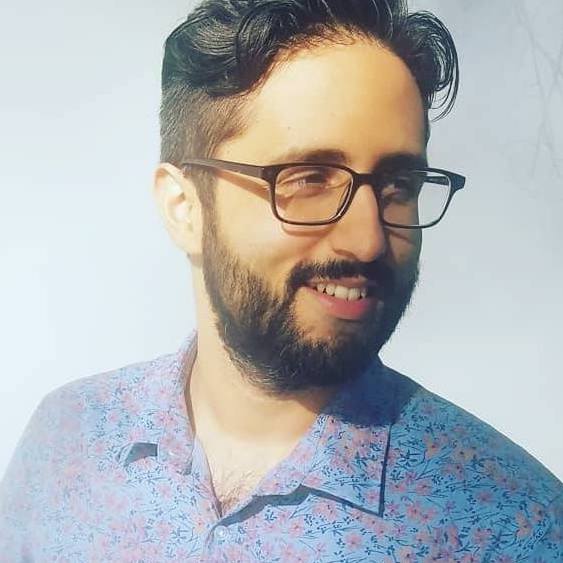 I am an author in the Boston area, mostly writing speculative fiction. I am currently working on my first novel. I am documenting that process here, on my blog (along with other creative endeavors).

From March through May 2020, I documented the rewrite of my novel by using a weekly deadline and having people read it as I write it. You can check that out in my Serial Release Project posts.

See what I am doing now by visiting my now page.

Read more about me.

If you are looking for info about my career in publishing, please visit francopub.com.

Now that I am more removed from the serial release project, I wanted to reflect on how effective it was.

All-in-all, I am very thankful to my friends who contributed their time to read and give me valuable feedback on my novel. This is probably something I will try again.

I highly recommend this kind of thing. It is helpful for a couple reasons:

Once I finished my novel and received feedback, I knew I had to work out a plan for how to manage the revisions. I drew up a flowchart because my actual job is as a project manager (in the publishing industry, and yes, that hasn’t helped me get published yet, obviously).

I am not naturally a very organized and focused person, which is why I try to make all these systems and checklists to keep myself from getting distracted. I also don’t always stick to them, but it at least provides guidance.

There’s another edge to this though. A lot of times I feel guilty for not following through on my plans, especially when I make plans like this. I also sometimes get impatient. But that guilt and impatience is not useful. So if you do something like this, take it easy on yourself. If a plan isn’t working, discard it or change it. You don’t owe your past self anything.

Anyway, I get my feedback on the first 50 next week. After that I will get back to work.

After last week’s very productive writing sessions, I took more breaks as I wound down to the final chapters of the book. I still only missed two days of writing though, but I definitely needed those days to just not think about the book.

I will be releasing the rest of my book for feedback at a steady pace to my alpha readers. I will not inundate them with the amount of pages I actually ended up finishing week to week.

The quality of the last few chapters is suspect. I am OK with this. Due to the fact that I brought in material from previous versions and had to smooth those out and the fact that I was also in completely uncharted territory, the story being uneven here is to be expected.

In two weeks I’ll be getting feedback on my second draft of the first 50 pages from my writing group.

(The ratio of old previous version material to new is probably about 20% to 80%, but I did not keep track of that.)

This week was probably the most productive I have had in a long time. I benefitted from a random day off that the CEO gave us on Friday. I worked on my novel through the weekend and started into Act 5 (of 5). It started getting fun again. One day I spent nine hours on the book.

It was interesting to see how I reacted to such intense work though. I had basically not taken a day off from it the whole week, even though I had a three day weekend. After one of the days I realized I needed a break because not only was I mentally fatigued, I knew I wouldn’t get anything worthwhile done if I was still working late into the night. At the end of one of the days I wasn’t sure which way I wanted the story to proceed. I stopped writing, knowing I needed to sleep.

Sleep is really key because when you are faced with a seemingly insurmountable issue, your brain can clear out all the junk you’ve been accumulating throughout the day. When I woke up the next day, I didn’t know exactly which way I wanted the plot to go, but my mind felt clearer and had less of the noise of trying to solve yesterday’s problem. So I was able to figure out a direction.

This week I also sent my smaller writing group the revised first 50 pages of my manuscript. Pretty excited since it is the first draft of the new version of this story.

Hopefully they can also help me think of an elevator pitch.

I decided this year to do an overhaul of my novel. At 130,000 words, it was much more meandering than I wanted it to be. This is likely a consequence of me having been working on some version of it since 2003. After a few rejections from agents (I sent it out in August 2019, got most of my responses by December), I realized I wasn’t satisfied with it and stopped sending it out.

This year I tightened up the plot considerably and created a new outline. I am still figuring out the finer plot points as I go and come up with new ideas. The goal right now is 80,000 words.

In order to motivate myself during quarantine, I decided to do an experiment, suggested by my friend Steven.

I recruited a group of alpha readers from my friends. Every week, I will send them the most recent pages I had written that week. They will send me feedback.

Thank you for agreeing to read this story. I’ll be sending updates every Monday.

I do also want to warn you that while some of this stuff is re-edited from previous stuff that I’ve agonized over for years, a lot of it will be brand new and therefore VERY BAD. Please keep that in mind. Writing takes a lot of drafts, but I mostly need feedback on overarching story beats and plot points.

Please do not give me feedback on grammar, spelling, punctuation, word choice (unless it prevents you from understanding what is happening). That’s for later.

Please send the feedback either by making a copy of the word doc (either as a google doc, libre office doc, or word doc) with track changes, or just via email.

The changes I made were not a complete departure from the truth of who the characters are, what they would do, and so on. It was a change of the situation they were in. Putting them in more danger and putting them in each other’s way more frequently will reveal more about the kind of people they are.